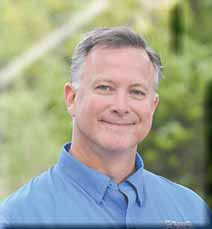 Believe it or not, on occasion plumbers are in need of services at our homes that exceed our abilities like electrical, carpentry, masonry and the like. Interacting with other companies to schedule their services is a good measuring stick as to what we as service professionals are doing right as well as opportunities to improve on the services we offer here at Reeh Plumbing.

There are a couple of things that makes one scratch their head and wonder why. For example, why are some service companies evasive with scheduling a service appointment? And if you are able to schedule a specific date for the service call, why is it almost impossible to get them to commit with regard to the arrival time of their technician?

Another example is when they do schedule the call but give a wide window on their arrival time; “Our technician will arrive between 8 AM and 5 PM on such and such a day.” Well that kills the whole day. Is my time not worth something? Who would dare leave and run an errand on the off chance that they would miss the technician’s arrival? Odds are you will not receive a courtesy call if the technician is running late.

At Reeh Plumbing we book calls every day in 2 hour windows; 8-10, 10-12, 1-3, 3-5. And we do our best to work with your schedule when possible. If our technician is running late you will receive a phone call explaining the delay. And our technicians will always call ahead when in route.

On busy days when you request service and our schedule is full, we may not be able to give you a specific time but will do our best to get you worked in that day, especially if it is a plumbing emergency.

Since 1995 plumbing is what we do, it’s all we do and we’re always on the lookout for ways to improve the services we provide to our customers.

The month of October is set aside each year as a reminder to maintain one of the most important fixtures in your home.  A fixture that is at your service 24 hours a day, 7 days a week, 365 days a year.  And you probably pay little attention to it unless it’s broken.  And if it’s broken it is of little use and can cause panic and distress in your home.  No, it’s not Smoke Alarm month.  October is “Toilet Tank Repair Month.”  Now don’t laugh.  Let’s give proper recognition to the importance of a well maintained toilet tank, otherwise unpleasant things happen.

For example, how about that middle of the night visit when you try to flush after use but the chain comes off the handle? Now you have to take everything off the toilet tank lid, set it on the floor and reach down into the cold tank water and try to find the chain and reattach it to the arm.  And the odds are that if you’re the man of the house, you’re trying to do all this without turning on the light and waking the better half, right?  And what do you think your chances are of going right back to sleep after fishing around, in the dark, in a tank of cold water for 2 minutes?

Oh, and how about this one; again, it’s the middle of the night (these things never happen during the day when you have time to actually repair them) and you approach the fixture, again in the dark and barefooted, and you step in a puddle of water.  Darn, the seal between the tank and bowl has failed and started leaking.  Not much you can do except turn off the cutoff and go back to bed.

Then later that night you’re sleeping really hard, in fact so hard that you’re slobbering on your pillow.  Guys know about this kind of sleep.  You don’t even feel the bed move when precious gets up to go to the bathroom.  The first thing she does is flip on the light and while yawning and moving to the toilet, she steps barefooted into the same little puddle.  Is she considerate of your sleep?  No way.  She screams and you bolt straight up in the middle of the bed wide awake, wiping the slobber from your face while she goes into a tirade about the water on the floor.  You would think a tsunami had gone through the bathroom while you were asleep.

The odds are slim and none that you will go back to sleep after waking to her blood curdling scream just as they were when you quietly, without disturbing precious, fished around in the dark with your arm up to the elbow in cold water to reattach the flush chain.

The moral of the story: for a good night’s sleep keep your toilet tank in good repair…

And by the way, Daylight Savings Time ends at midnight on November 3, a perfect time to replace the batteries in your smoke detectors.

I heard a story the other day that made me stop and think about why we do some of the things we do.  It was one of those days where all the technicians were out in the field, busy with calls and the phones were quiet for the moment.  With a little rare downtime a few of the office staff were shooting the breeze.  One of the guys mentioned something about having to replace a showerhead for a customer and he started to laugh to himself.  I asked what was so funny and he said he was just remembering the time when he and his Dad had an argument about a shower head.  I was curious and asked to hear the rest of the story.  Here’s what he related:

About 35 years ago he hired a contractor to build his first house.  The deal was that from the outside, the house would be complete, right down to the trim and final paint.  The inside was to be left wide open with only bare stud walls.  The plan was that he and his Dad were going to finish the inside.  Dad was a pretty good carpenter and an excellent cabinet maker and he saw this as a great way to not only have some quality Father/Son time but also to learn some valuable life lessons about building and maintaining a home.

Well it seems everything went along great for weeks as the inside of the house came together.  When they got to the bathroom however, that’s where Father and Son butted heads.  The reason for the conflict was the height of the shower head.  You see, Dad was about 5’-9” and Son was a good 6’-3”.  The conversation went something like this:

Son: “No, I want it up here.  I don’t want to bend over in my own house to wash my face and hair.  I want the shower head high enough that I can stand up straight and take a shower.”

Dad: “Well that’s not going to work.  It needs to be where I showed you.  That’s where it always goes”

Apparently the discussion went back and forth for a period of time with neither one giving in to the other until finally Son blurted out: “Dad, it’s just a piece of pipe.”  With that, Dad’s eyes lit up and he started to smile.  You see Dad was from the old school where you did things the way they had always been done.  A time when you did not question why, you just got the job done.  And, with the difference in their height, Dad never had the showering experiences that Son had so the old way worked just fine for him.

When he finished his story I starting thinking to myself how many times during the day do I do things just because that’s the way they’ve always been done?  I think the next new shower we install I’m going to be aware of how tall my customer is and ask him just where would he like his shower head located?  After all, it’s just a piece of pipe.